Lost Mine of Pitt Lake Society 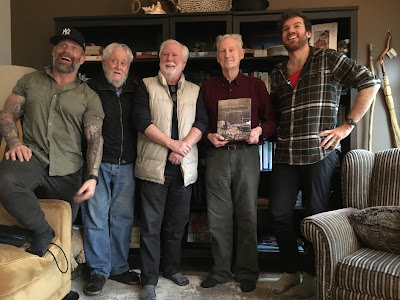 Members of the Lost Mine of Pitt Lake Society met in Abbotsford on Sunday to share information and plans for this  coming summer’s explorations with Evan, who visited from Melbourne. 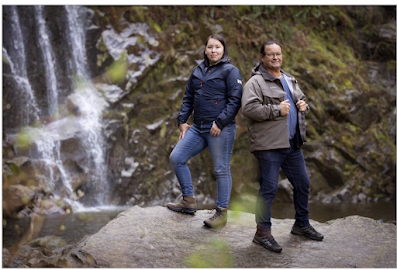 Click here for an article in todays The Chilliwack Progress
"Seabird explorers seek closure, medicine starring in History Channel series"
Posted by fb at 16:23 No comments: 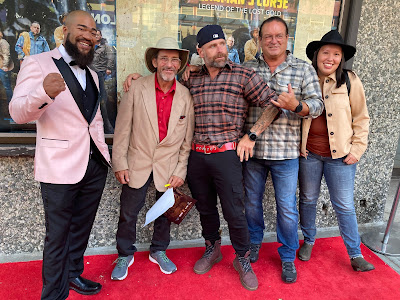 On the red carpet at Dunbar Theatre, Vancouver BC 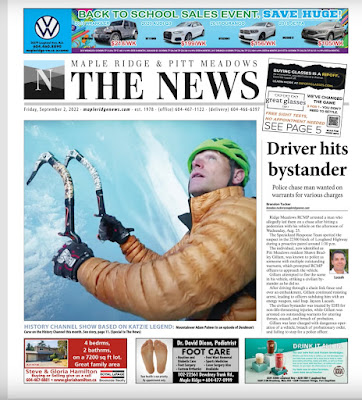 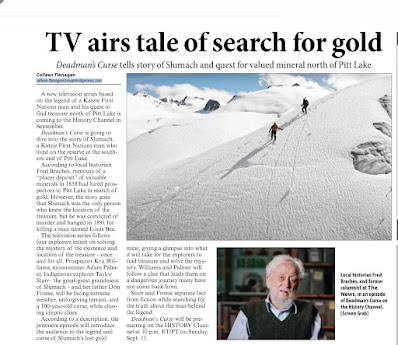 “Sitting on the cell bench Slumach drew a map for Peter of the location where he found the nuggets. Peter memorized the drawing and then destroyed it. Years later he redrew the map. A daughter traced out three copies, however the original and the copies were destroyed in the 1930s in a house fire.” Donald Waite, Kwant’san, 1972

Not a map drawn by Slumach therefore but a map drawn by Peter Pierre “from memory” years later. Pierre and Slumach would have been very familiar with the landscape and they would not need a map to explain where to go. Why then drawing a map at all as it was of no apparent use to Peter Pierre himself? Why those three copies? Were they selling maps to gold hunters?

According to the same source, Aunt Mandy, Slumach found (or traded) never  more than $75 worth of gold. No mine — no untold riches. And no map! 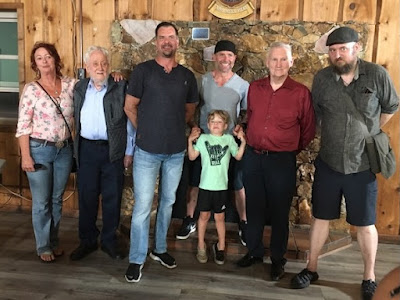 Members of the Lost Gold Society attended a lively meeting in Fort  Langley. Many participants had already left when this picture was taken: Left to right: Jonanne, Fred, George, Adam and his son Ridge, Don and Daryl.

Brian A. shared the following item published in Broadcast Dialogue . Click to enlarge!