Brian Antonson's talk for the PoCo Heritage Society on Wednesday, October 13, was well attended by a masked but appreciative audience. 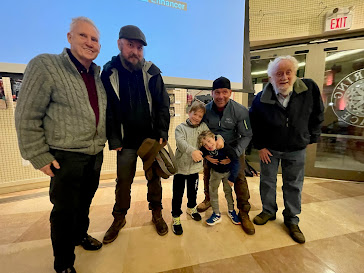 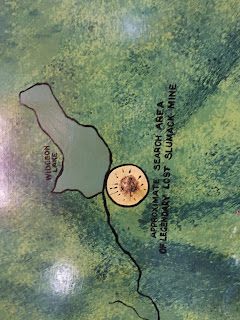 The huge map of the lower Pitt River and Pitt Lake that once decorated the beer parlour of the Wild Duck Inn showed a marker with the text: “the approximate search area of legendary lost Slumach mine.” Because of that the map has become part of the Pitt Lake gold story. When was it painted and by whom?

Among the locations shown on the map is the Lindberg Trout Farm that started operation in 1953 and ended in 1957 or 1958. Therefore the map was probably painted at some time during these five years.

The Wild Duck Inn changed ownership/management in January 1955 and was completely redecorated. The Maple Ridge – Pitt Meadows Gazette of 28 April includes a description of the changes under the heading “Wild Duck Inn Murals Authentic Paintings.” Was the map there already?

It is hard to imagine how the correspondent could have overlooked this imposing piece but the map is not mentioned in the article. It seems that the map was not yet there and was added to the Duck’s decoration perhaps later that same year 1955 or in the following two or three years.

The inclusion of that marker for the “approximate search area” east of Widgeon Lake may have been inspired by The Province’s Defrauder Creek exploration of 1952.

We still don’t know who painted the map.

The motive of the killing of Bee in 1890 had probably to do with liquor -- not with gold. Both Bee and his partner Seymour had before done hard labour for selling liquor to First Nations people and they were in all likelyhood still doing that.

How serious the problem with liquor was among the Katzie at that time becomes clear from a report by Father Peytavin of the OMI (Order Maria Immaculate) about his visits in 1887 to First Nations villages along the Fraser River. Following quote is from a UBC 1988 B.A. Thesis titled St Mary’s Mission by Melanie Ann Jones Clark.

“… he travelled five miles [from New Westminster] to visit the Quiquittums (Coquitlams), and then a further six miles to visit the Ketsies (Katzies) (238). The Ketsies had one hundred and eight band members and Peytavin considered them the worst Native camp on the river. Peytavin says that, with only a few exceptions, the adults "nagent dans la boisson" [swim in drinks] , and that even the children, whom Chirouse Jr. had tried to help on previous missions, had become just like their parents.” 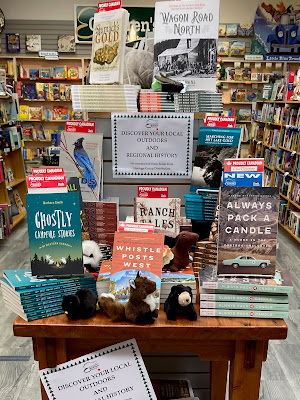 Click on image to enlarge
Posted by fb at 16:47 No comments: 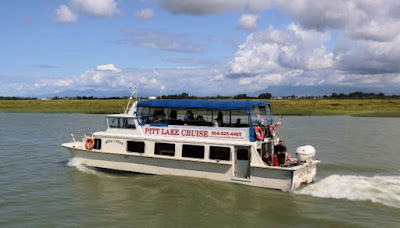 Under ‘HISTORY’ is Adam’s next venture, ‘Deadman’s Curse’....
Here is the text:

The following article, published in The Victoria Daily Times, 21 Aug 1897 was not known until Adam Palmer discovered it recently. Note, dear readers, that there is no word about gold here. Slumach's name will only be linked to Pitt Lake gold around the time of the First World War.

News has reached New Westminster, says the Columbian, of the death of old Swamka, a Pitt River Indian. He was the elder brother of the desperado Slumach, who, it will be remembered, caused the authorities so much trouble to capture in the Pitt Lake Mountains a few years ago, and who subsequently expiated his crimes on the gallows in this city.

Last week Swampka, accompanied by the old squaw of Slumach, whom Swamka had taken care of since Slumach’s demise, left for the head of Pitt River to gather mountain herbs. The old man pitched his tent and early next morning left for the mountains but he never returned, and the poor old squaw waited day after day for him. For four days she was without food, for she was cripple, blind, and unable to take care of herself, and when found by Mr. Cromarty, a timber cruiser, was at the verge of death from starvation.

Mr. Cromarty, but shortly before, happened upon the remains of Swampka, lying face downwards one the other side of the creek, that empties into the lake. The old Indian had, apparently, strove to climb the mountain side where his prized herbs grew, and had expired from exhaustion and extreme old age being ninety years old.