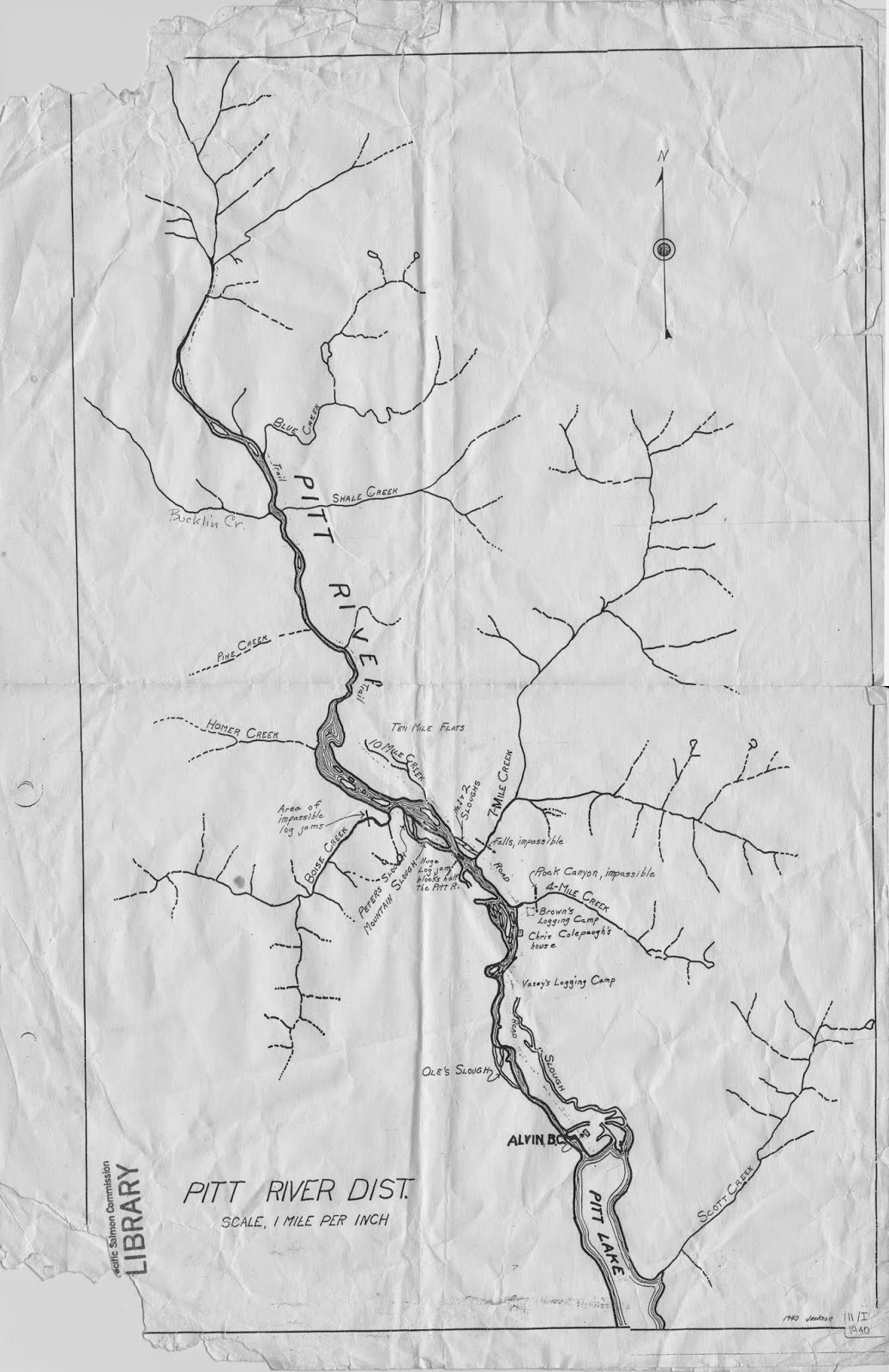 To the rescue of Volcanic Brown 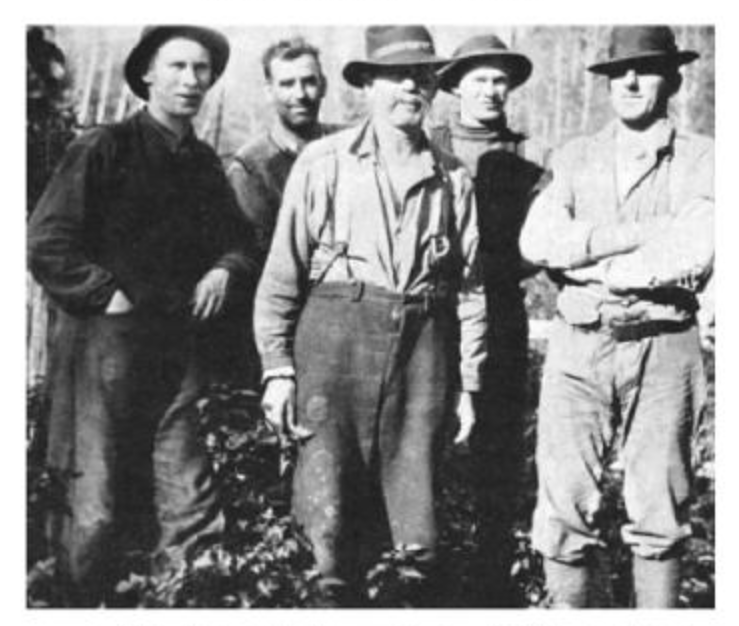 This picture and caption appear in many books and articles with writings about Volcanic Brown. It is a fascinating picture but the caption needs two corrections. The real year of the rescue of Robert Brown was 1926 – not 1928 and the surname of Herman and Caleb Gardner is correctly: Gardiner. The two Gardiners and Alvin Patterson lived in Alvin.
Harry Corder, or Henry Gordon Corder, was a fisherman. He died in 1983 and his is grave is at the Maple Ridge cemetery. Donald Waite knew him personally and visited him many times.
The first name of “Spud” Murphy of the BC Provincial Police was Eugene. He is one of the man searching for Volcanic Brown in 1931/1932. Aroung 1935 he lived in Port Hardy.
Harry Corder provided the photo that came from LeRoy McMartin (not Roy McMartyn). LeRoy played a prominent role in the search in the mountains for Volcanic Brown in 1931/1932.
The names of none of the people shown in this picture appeared in the newspapers at the time of the rescue. Mentioned in the newspaper are:  “Constable George Elliott”, “A. McMartin, trapper from Hammond” or “Fire Ranger McMillan.” “A. McMartin” suggests that either LeRoy or one of his brothers James or George from Hammond helped in the 1926 search. George F. Elliott was stationed in Mission. McMillan has not been identified yet.
Posted by fb at 20:42 No comments: