Slumach's Gold is on the brink of crossing the 7,000 copy sales mark this spring, a nice slice into Heritage House's recent THIRD printing of this BC Classic...
Posted by fb at 23:01 No comments: 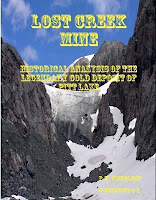 It's with great pleasure that I accepted Rob Nicholson's invitation to make text and illustrations of Lost Creek Mine available at no cost to readers and researchers. Click here to access the page on the Slumach Web site.

The book itself remains for sale in a downloadable and a printed format at R.W. Nicholson's Lulu Storefront
Posted by fb at 14:58 No comments:

From Danny Sayson, a former students of Brian Antonson at BCIT and now a TV producer, the following:

I thought I'd let you know that the TV series I produced called, WEST COAST ADVENTURES got picked up by PBS and it is set to premiere this Wednesday the 25th at the terrific time slot of 7:30 PM with a repeat on Sundays at 6:30 PM. This show is one of the very few Canadian Productions that have been given a prime time slot on PBS.

Interestingly, one of the segments in our premiere episode is on canoeing at Widgeon Creek. Of course we mentioned about the legend of Slumach's Gold. I know you recently wrote about this in your book.

Check out the website below to watch a short exciting preview of the show. http://www.westcoastadventurestv.com/ The show can be seen on PBS stations across the Pacific Northwest and Alberta. In Vancouver, it is airing on KCTS 9 (Channel 27 for Shaw Cable and Novus Cable subscribers, Channel 23 for Telus subscribers).

After the each episode airs on PBS, the videos will be available online on this web site: http://www.westcoastadventurestv.com/

Professor Hamar Foster teaches Legal Process, Property, Criminal Law, the Law of Evidence, Legal History and Aboriginal Law at the University of Victoria.
He kindly provided an answer to the questions in the blog entry of 15 February: “If Canada's first criminal code came into force in 1892, under what code was Slumach tried and convicted. Was the death by hanging the penalty for all culpable homicide without distinction? Was there an equivalent to "manslaughter?”

The short answer to your question is that between 1849 and 1871 English criminal law, as modified by the colonial legislature and by local circumstances, applied in the colony of BC. Between 1871 and 1892 English criminal law continued to apply in BC, but as modified by dominion (federal) criminal legislation (some of which was not made to apply to BC until after 1871). This means that someone charged with (for example) murder in BC between 1871 and 1892 would be charged under dominion legislation if there was any, or charged with the common law crime of murder if there was not.
I would have to check for the precise time period, but generally in those days there was simply murder and manslaughter. Murder carried a mandatory death penalty, manslaughter did not. The accused could not give sworn testimony until 1892. And until the 1930s, once the crown had shown the deceased died as a result of an act of the accused, the burden shifted to the accused to show, on a balance of probabilities, that the killing was not intentional or that he had some other affirmative defence.

I am bound to say…

Shumah, the jury have found you guilty of the wilful murder of Louis Bee I am bound [?] to say. I therefore pronounced sentence of death to take place on 16 January next." [Judge Drake's Bench Book, 15 November 1890]

Hamar Foster, Professor of Law at the University of Victoria advised:

If Slumach was charged with murder and convicted, the judge had no option other than to impose the death penalty. This is something many people do not understand.
For example, although I have often heard Begbie described as a “hanging judge,” that is accurate only in the colloquial sense, i.e., that he was impatient with lenient juries or juries he felt were not doing their duty (and even then some of his irritation was for show).
What I mean is that Begbie did not arrest the accused, lay the charges, prosecute the case or even convict the accused (the jury did that). And in a murder case he had no choice but to sentence a convicted murderer to death. His only role in sentencing was confined to recommending to the executive that the death penalty be commuted or that the law “be allowed to take its course.”
And Begbie recommended commutation in many cases, especially those involving aboriginal prisoners. The most notorious exception was in 1864, when he decided not to recommend clemency for the Tsilhqot'in chiefs who were tried and convicted for their role in the Tsilhqot'in (Chilcotin) war of earlier that year. But this was a highly political case, and it seems likely that any recommendation for clemency would have been ignored.

In Slumach’s case there is no evidence that Judge Drake made a recommendation for leniency.
Posted by fb at 13:47 No comments:

The Good Life with Jesse Dylan

Yesterday Jesse Dylan, host of the online show "The Good Life". interviewed Brian Antonson about Slumach's Gold. If you want to listen: click here. and look for "Your files" where you'll find the file to open.
Posted by fb at 20:41 No comments: 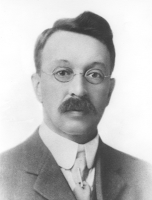 Dr. Walker, who did the post mortem on Louie Bee in 1890, became Grand Master for the Province of BC (1899-1900). Donald Waite provided the photograph from that period.
From the British Columbia Medical Association Archives comes the following biography.

Dr. Richard E. Walker was born in Orillia, Ontario on December 26, 1864. He studied at Trinity College, Port Hope, Ontario, prior to attending Trinity Medical College in Toronto, from which he graduated in 1888. After two years of post-graduate work at the Universities of Edinburgh and London, he received an LRCP&S from the Royal College of Physicians and Surgeons at Edinburgh. He arrived in New Westminster in 1890 and entered private practice, initially in partnership with Dr. C.J. Fagan. Dr. Walker was elected twice as president of the BCMA, in 1901 and 1922. He was a member of the Council of the College of Physicians and Surgeons of BC, serving as president of that body in 1903, 1907, and in 1911. He also served on BC's first Board of Health and was representative for BC on the Medical Council of the Dominion of Canada, being elected president of that body in 1920. Dr. Walker served as a director for several companies in BC, was a member of the Senate of the University of British Columbia, and was a prominent Mason, serving as Grand Master of the Grand Lodge of British Columbia. He died in New Westminster on August 27, 1923.