"This is the river that literally sparked my career as a writer of provincial history. Ironically, thanks to an American television [Bill Burud's] program about a lost mine, the famous — infamous — Lost Creek Mine of the murdering, bluebeard Sumach  It’s without doubt B.C.’s best-known legend of a lost mine with its attendant tales of a jinx and scores of prospectors gone missing in the snow and icebound reaches of the upper Pitt River."

That is what TW  Paterson writes in a recent article in the Cowichan Valley Citizen. Click here to read the article.
For half a century T W Paterson's been writing about British Columbia history. Click here to find his writings on the Pitt Lake Gold legend.
Here is the link to T W Paterson's own Web site.

Saturday, October 15th -- See you there! 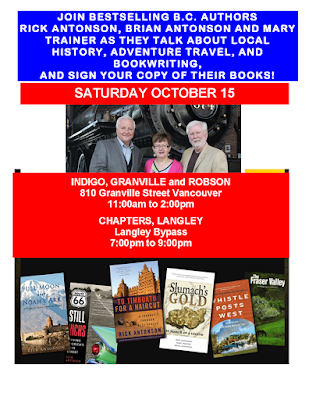 Brian Antonson will be reading from the books, Whistle Posts West', and 'Slumach's Gold'  this Friday afternoon: September 30, 1-1:30 pm at Black Bond Books at Junction Mall in Mission, BC. This free event is part of the Canada-wide Culture Days celebration.
Posted by fb at 15:59 No comments: 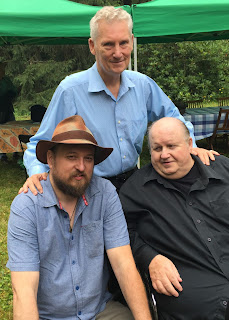 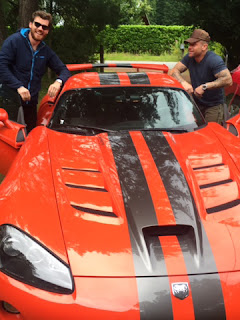 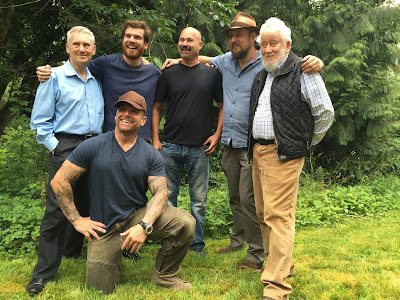 Victims of "The Curse"

1910 - George Blake (54) of Coquitlam and his son  George (20). They were crushed to death under a tree stump "4 miles beyond end of Pitt Lake, west side." The accident happened in May or June and their remains were recovered in October of that year.

1961 – Lewis Earl  Hagbo (49) a mechanical engineer from Bremerton, Washington, died of a heart attack "12 miles north of Widgeon Lake." He had a previous heart attack. 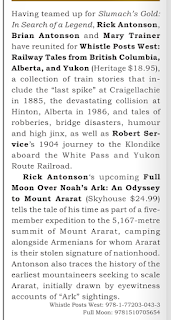 Don Waite’s BC and Yukon Gold Hunters book remains high on the BC Bestsellers list. Whistle Posts West is back among the best 10.
Click on images to enlarge.
Posted by fb at 13:21 No comments: 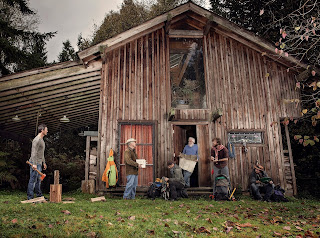 Click here to read as Brian Antonson describes it “... a roundabout way to complimenting the "Curse of the Frozen Gold" series as being captivating in its own way, replacing the writer's addiction to the "Oak Island" series!”
Posted by fb at 14:59 No comments:

Airdates for Curse of the Frozen Gold on Animal Planet US

Animal Planet US will officially be launching Curse of the Frozen Gold on Sunday, February 14th.  The airdates, for your reference, are below:

Hello I’ve been a gold seeker since a young youth. I’ve read some books on Slumach Gold and have read a story about the missing women.
I read in one book that the women had used a bellows to pump air so that he could breath air when he dived down to get the gold.
The gold that couldnt be found is under water somewhere perhaps under a waterfall or under a body of water I think.
This is my theory of the myth of the Slumach Gold
[name withheld]
Posted by fb at 11:08 No comments:

Curse of the Frozen Gold now in the United States! 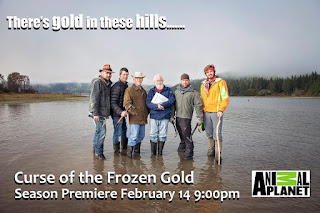 The Curse to be aired again starting Tuesday, 5 January 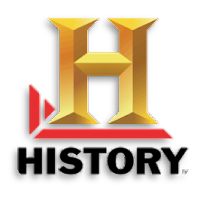 History Canada is airing the Curse of the Frozen Gold again starting Tuesday night at 8 pm PT.
Click here for the complete schedule.
Posted by fb at 15:01 No comments: