In the fall of 1983 a joint CKVU/Province team set out to find the Lost Creek Mine. A series of articles in The Province by Jon Ferry followed the team on their arduous trek. From the first article in the series:


Among with them was a man blessed with glittering gold mining expertise and psychic powers dating back at least a dozen years. He is Abbotsford prospector Gary McIsaac, who pinpointed what he believed to be the mine after examining aerial maps of the Pitt Mountain area. McIsaac, 40, also said he witnessed a vision of Slumach standing by the tent-shaped rock that marked his glory hole. “There was a cave, you could actually see an Indian standing by the cave and he had a tomahawk in his hand.”

Why did we not hear from McIsaac since then? He died in September 2005 in a remote part of the Alaska. His greatest passion was gold mining. He would spend months at a time on the rugged coastline of Alaska prospecting for gold.  For his obituary go here.
Posted by fb at 17:53 1 comment:

T. C. Atkinson, barrister and police magistrate, New Westminster, defended in the Slumach case. Click on the picture to read his obituary. The cutting is from the Victoria Colonist of 15 July 1897.
His brother-in-law, Frederick Robertson Glover was editor of the Columbian and City Clerk in New Westminster. After Thomas Atkinson Esq. died in 1897, his wife of ten years Mary Atkinson (Ellard) went to live with her sister Ada Glover and brother-inlaw Fredrick Glover who resided in New Westminster. (1901 census). The 1911 census shows that Fredrick and Ada had moved to Vancouver and he worked as a Manager for the railway and resided in Hastings Park. Mary never remarried and died in 1945 in Vancouver. (Information courtesy Ms. Atkinson)
Posted by fb at 15:27 No comments: 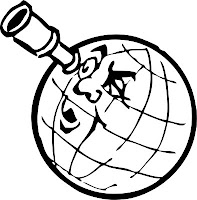 The blog now shows a counter (bottom of righthand column). There were more than 10,000 page views since the blog was born in May, 2009. Of those more than 6,000 were viewed in Canada followed by viewers in Germany (abt. 900), the US (abt,. 800), the Netherlands (abt. 700). There were also visitors from Australia, Russia, Belgium, the UK, South Korea and Switserland. I know, other Web sites get that traffic in a day or less, but still...it's nice to know.
Posted by fb at 16:33 No comments:

As from 1941 newspaper articles reported that suspicious prospectors. unsuccessful in the hunt for the bonanza, said that the Lost Creek Mine was cursed and that the gold better be left alone.
Not before 1951, sixty years after his death, the curse became known as “Slumach’s Curse" after an interview with Squamish Chief August Jack Khahtsahlano who also will have provided the Chinook words alleged spoken by Slumach. The chief added that Old Slumach's ghost guarded his mine and that it would be death to a white man to find it.
Posted by fb at 19:50 No comments: 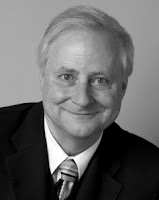 From Capilano University Newsroom
Rick Antonson is President & CEO of Tourism Vancouver, which represents more than 1,000 member businesses and is responsible for the market development of Metro Vancouver as a convention, incentive, and leisure travel destination. An accomplished writer, Mr. Antonson is co-author of Slumach’s Gold, In Search of a Legend. In 2008,Dundurn Publishing of Toronto published his third book, To Timbuktu for a Haircut; A Journey Through West Africa. He is invited to speak worldwide on the topic of travel and regularly comes to Capilano University to speak to its Tourism and Outdoor Recreation students.
Posted by fb at 11:00 No comments:

I just found out that in October last year there was a lively discussion in Germany about Lennartz's failed expeditions in search of adventure (or gold) in our mountains on something called Omega Force Survival Group (Survival & Bushcraft). The correspondence is in German and too lengthy for a translation but click here to go there if  you are interested.
Posted by fb at 09:13 No comments:

No one has given us a better summary about the history of mining in the Harrison area than Daphne Sleigh in her book The People of the Harrison. A year or so ago I was gathering newspaper articles for research and publication when Adam P. showed me the chapter "Harrison Mines" that had escaped me.

The 1897 mining hysteria that hit the Harrison had its echo in the area between the Stave and and Kanaka Creek where dozens of "prospects" were registered as claims. John Williamson's 1897 Diary that I transcribed, annotated and published as one of my first Whonnock Notes, tells about these activities.
The included registration stubs of the claims (only for the Stave and Whonnock area) show an approximate location for the claims and in most cases it will be a impossible to find where the prospectors--mostly inexperienced and with no capital for development--staked their claims.
Some of those 1897 claims, however, continued to be worked and are mentioned in Charles Miller's The Golden Mountains. They are still a source of fascination for todays explorers and prospectors.
Posted by fb at 12:57 No comments:

Slumach and the Pitt Lake Gold MineSaturday, Jul 16th1:00pm-2:00pmAward winning local historian Fred Braches will be talking about the history and legends surrounding Slumach and the Pitt Lake gold bonanza as well as the current efforts to find it using new discoveries from historic records.
Note: a little misunderstanding here. I've not discovered anything that could help you find the gold--but it would be  fun to see you at the talk!
Posted by fb at 21:36 No comments: