A new discovery pushes the association between the name Slumach and the search for mines back to 1897 with the formation of the Slumach Mining Co. Ltd of New Westminster. The use of the name Slumach suggests that there were rumours circulating shortly after his death connecting the old man with that legendary mine.
Those who signed the “Memorandum of Association” for the company on 24 February 1897 are Bartley Willet Shiles, John Morrison and Frederick Robertson Glover. SHILES was mayor and GLOVER city clerk of New Westminster. MORISSON may have been a farmer living in Coquitlam but that has not been confirmed.
Glover had been city editor of the Daily Columbian at the time of Slumach’s arrest, conviction, and execution. His brother-in-law, T.C. Atkinson was Slumach’s defence lawyer.
The objectives of the company were not limited to any particular area or site but covered the entire province.
Shiles was director of another company formed in 1896 amalgamating a few existing mines in Alberta and BC. The Slumach Mining Company was a tool to search for or acquire potential and existing mines throughout the province, not to look specifically for "Slumach's gold."
Aside from being listed as a mining company as for instance in Henderson's Directory shown above  nothing was ever reported about the company's activities if any.
Posted by fb at 12:04 No comments: 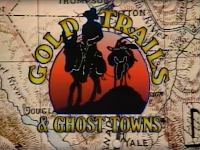