Slumach’s Gold (where to find)

Click here and find the answer on Randy Leaf’s amazing Web site My Gold Panning.
Randy’s site provides anyone interested in gold hunting with solid and useful information and much more.
Randy is the author of a series of Kindle books such as:

From the authors of Slumach’s Gold, Mary Trainer, Brian Antonson, and Rick Antonson, comes a new book full of “terrific stories about the lure and impact of railroading in Canada.”

Whistle Posts West, just released by Heritage House, is selling well and promises to be another bestseller.
Posted by fb at 21:36 No comments:

Did Jackson take the train?

Looking for confirmation that the legendary “Jackson" took a ship to San Francisco? He could easily have taken the train at Hammond and would have arrived earlier in San Francisco than by steamer.  Shotwell and his unnamed friend did just that according to Charles Miller. They boarded the train at Ruskin.
Posted by fb at 11:20 No comments:

Missing Curse of the Frozen Gold?!
Watch webisodes and your favourite full episodes.
Click here
Posted by fb at 22:55 No comments:

Who knows where that map is?

For many years there was a large map of Pitt Lake mounted on the wall behind the bar in Port Coquitlam's Wild Duck Inn. The map was perhaps four feet high and 12 or 16 feet long.
Near the location of Widgeon Creek and Widgeon Lake, there was a circle of gold dust painted on it with wording something like "Slumach's Lost Gold Mine," identifying that area as the location of the lost hoard.
The Wild Duck Inn was destroyed in 2008 as the new Pitt River Bridge was being built just north of it. We're wondering if the MAP survived and is perhaps in someone's basement. We'd love to see it, or even a picture of it, showing the supposed Slumach mine site. If you have a answer please comment on this posting or send an e-mail to webmaster@whonnock.ca


Eyewitness account: “I was there the day the Wild Duck Inn sold everything off including the stripper pole. The map was painted on the wall from my recollection, so it was torn down.”

Only six inches under the surface!

Nuggets as large as walnuts, you said? Now, this is more like it. Click here to read the story shared by Evan.
Posted by fb at 00:04 No comments: 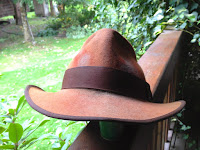 Occasionally people recognize members of the cast of “The Curse.” That happens often to Daryl when he wears his trademark hat.  “I get recognized lots. I guess they think I am evil so they follow me around, and point. Or they stare at me at intersections. The strangest was when I came out of London Drugs one day. A security guard was standing by my truck. 'I know who you are,' he said, 'I thought I would guard your truck while you were shopping.' ‘Thanks,' I said. As I drove away he waved, and I waved back."
Posted by fb at 10:50 No comments:

Gold Rush! Eldorado in BC 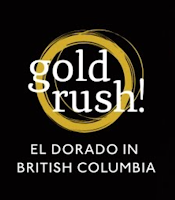 Gold history buffs will be well-advised to come “...face-to-face with the real history of gold in BC and beyond” at the Royal BC Museum in Victoria. Click here for the Museum’s Web site with more information.
Posted by fb at 17:53 No comments:

In episode 3 of “The Curse of the Frozen Gold” Daryl is pleased to establish the existence in San Francisco of the Bank of British North America. At this Canadian bank the legendary “Jackson" would have deposited his wealth, including those nuggets as large as walnuts.
The building that housed the bank burned down in 1906. With that all  records went up in flames that could have shown if “Jackson” was there or not.
“Jackson” was most likely never there. Why would he, an American,  have deposited his loot in a Canadian bank in San Francisco? The name Bank of British North America was only added to the story in 1939 by a creative Canadian journalist and a helpful Canadian prospector.
Click here to read the 1939 article in The Province.
No specific bank is mentioned in any of the versions of the "Jackson letter” or other publications before the article of 1939. 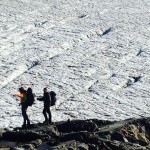 Because of The Curse of the Frozen Gold  there is renewed interest in Adam's and Evan’s exploration of the Terrarosa etc. Click here  to a posting with videos of their Terrarosa expedition in 2010. For the video of their Harrison to Whistler traverse 2013 click here. 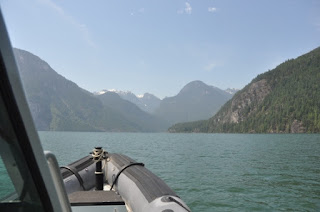 Click here to read “Coquitlam search team has a warning for gold seekers” in Tri-Cities Now posted  4 September 2015. For a pdf version of the text click here.
Of course the real Slumach had nothing to do with gold -- but the legendary Slumach lives on.
Posted by fb at 16:14 No comments: 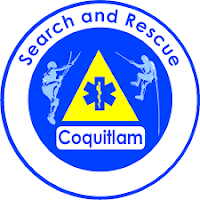 Coquitlam Search and Rescue issued a warning to all gold hunters inspired by “The Curse". Click here.
Posted by fb at 08:19 No comments: 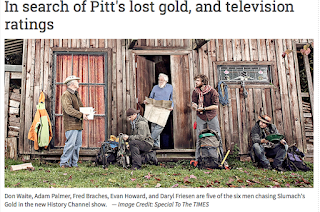 On the Web site of the Maple Ridge - Pitt Meadows Times is a piece written about "The Curse" with the above picture and caption. Click here to read the posting.
The article was published in an extended version in the issue of September 26th. Click here to see the cutting of the printed article.
Posted by fb at 20:30 No comments:

Look at the first episode on your computer.

History Channel released the video for everyone!
Click here
Posted by fb at 10:56 No comments:

Schedule for "The Curse"

The History Channel site shows the schedule of the episodes of the show and the dates and time the episodes will be repeated.
Click here for the link.
Posted by fb at 10:42 1 comment: 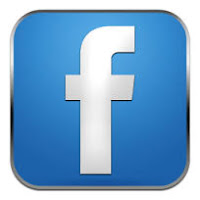 Meanwhile in the Mission City Record...

Don Waite (the legend) and his new book

Tim Fitzgerald, reporter of Maple Ridge’s The News recently interviewed Donald Waite about his new book British Columbia and Yukon Gold Hunters. The article, to be published this week, was posted on the Web site of the newspaper this morning. Click here to read it.
Posted by fb at 17:33 No comments: 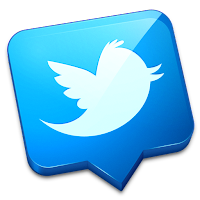 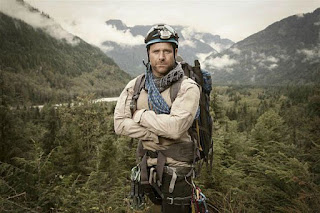 HISTORY HUNTS FOR FROZEN GOLD IN BRITISH COLUMBIA
Click here to read the story.
Posted by fb at 16:21 No comments:

Curse of the Frozen Gold

and in our own THE NEWS of Maple Ridge & Pitt Meadows

Legend of the giant lake monster -- rub his belly!

The Pitt Lake Blogger comments on The Curse of the Frozen Gold and wonders “Will it never end? Sadly more folk will see this stuff and think they can find it ... should keep the local SAR community busy.”

"YES there is gold in the area, not much, but through very hard work you may make enough to buy yourself a meal.  And the funny thing is it is not far from where Slumach actually lived, NOT far away up the lake.
All we need now is a legend of a giant lake monster, rub his belly and he grants you three wishes. :)"

Click here to visit the blog
Posted by fb at 20:02 No comments:

The episodes are repeated numerous times on the days immediately following the first showing.
Posted by fb at 15:59 No comments:

The Curse of the Frozen Gold -- earlier date for Canada! 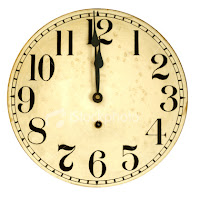 The History Channel has moved the show up a week.

Someone is getting close!

Adam spotted a new Website called "West Coast Placer Gold.”
It includes a entry “Search for Slumach’s Gold Mine”
All well-written, well-researched, and well-presented!
Bravo! Click on image to enlarge.
Posted by fb at 10:03 1 comment: 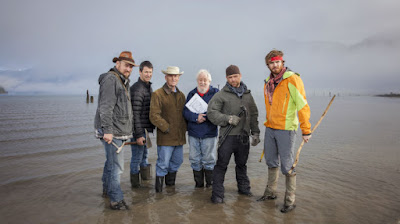 THE CURSE: Signs of things to come ...

The secret of the Curse of the Frozen Gold to be revealed?

CURSE OF THE FROZEN GOLD

For generations, the legendary Lost Creek Mine and its untold riches have inspired men to brave the wild to seek its fortune. However, many of those who struck out to find its gold never returned to tell the tale.  In CURSE OF THE FROZEN GOLD, an expert treasure hunter and a team of trained outdoorsmen test their skills and their sanity in the search of the ultimate prize. They could return home rich – or they could not return home at all. (JV Productions) More to follow soon. 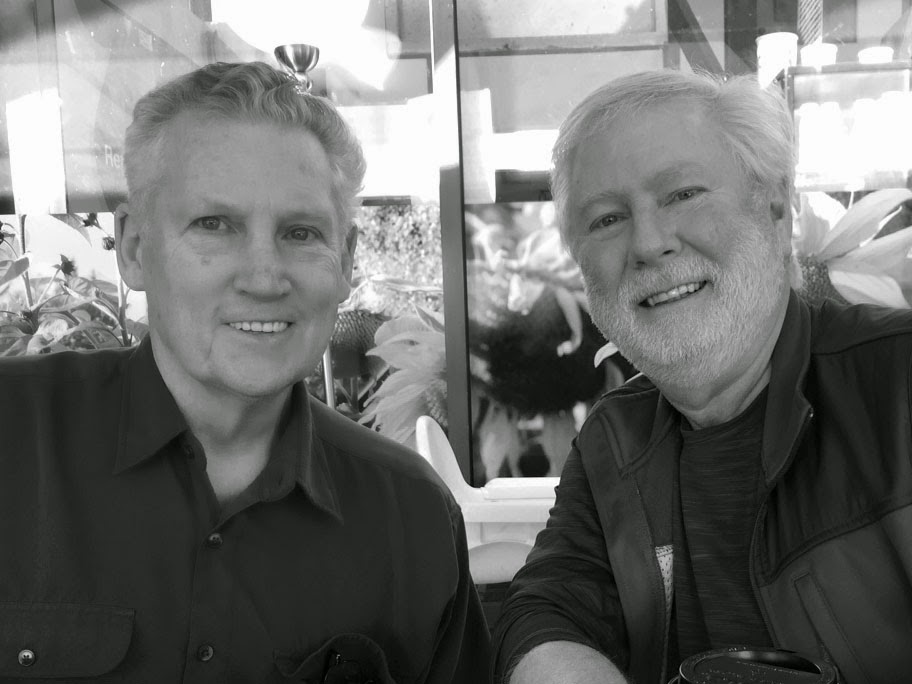 I caught up with Don and Brian at Bruce's last week. They were pretending to discuss their new books to be published later this year but about the REAL purpose of their meeting they said nothing. They just laughed when I asked them.
Posted by fb at 14:43 No comments: